During a cross-country trip on the Denver & Rio Grande railroad line, company founder Robert Wood Johnson got to talking with the railroad’s chief surgeon, who revealed that locomotive and track workers were frequently injured on the job and left without ready access to medical care.

Johnson realized this was a widespread problem at the time, so he developed the first commercial first aid kits—one for the railroad, and another for general consumer use—that included such items as sterile dressings, (sutures stitching up)and surgical tape.

If someone was injured before the era of first aid kits and first aid training, standard operating procedure was to have someone run as quickly as possible to fetch the nearest doctor – provided there was a doctor within fetching distance.  Critical minutes and sometimes hours passed without treatment for the injured person, and many times bystanders did more harm than good while trying to move or help the man, woman or child who had been injured.

First Aid Kits are now a part of modern life and it’s hard to imagine a time in which they didn’t exist.  But before Johnson & Johnson began making the first aid kits in 1888, people were on their own when it came to gathering and maintaining the right supplies to use in treating injuries and in knowing how to help someone.

Dr. Frederick Barnett Kilmer owned a local pharmacy in New Brunswick, New Jersey. Johnson met Kilmer in early 1887, and developed a lifelong friendship. After meeting Johnson, Kilmer became more involved in Johnson & Johnson. He eventually became an employee and he would introduce one of the first medical research laboratories.

Kilmer was responsible for making many of the innovations in sterilized dressings. The first marketing items Kilmer introduced were medical manuals, guides for how to react when injured on board trains, such as when feet are squashed or when legs are broken at train stations or depots.

In time, Kilmer would influence most of America with his new products. By the late 19th century, railroads had taken most of the nation by storm. Americans were traveling more and farther than ever. To address the medical needs of travelers, Kilmer decided to introduce first-aid kits.

Soon, people believed that the first-aid kits were very important to their daily lives as having railroads, family, lightbulbs and became an instinct to grab  a first-aid kit when in need of help.

In 1890, Kilmer received a letter from a colleague asking for advice on treating a skin irritation on one of his patients. The patient had used medicated plasters and it was assumed that the plaster caused the irritation. Kilmer sent him a small tin of Italian talc. With the success of this treatment, Johnson & Johnson started including containers of talc with its plasters. 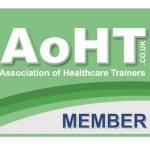